The Campaign for Memory Care at Allen Brook is going strong! All gifts are matched dollar for dollar.  Learn More

We need volunteers to help with meal prep for our assisted-living residents. Other opportunities also available.  LEARN MORE

Announcing the Campaign for Memory Care at Allen Brook -- All gifts are matched dollar for dollar!  LEARN MORE 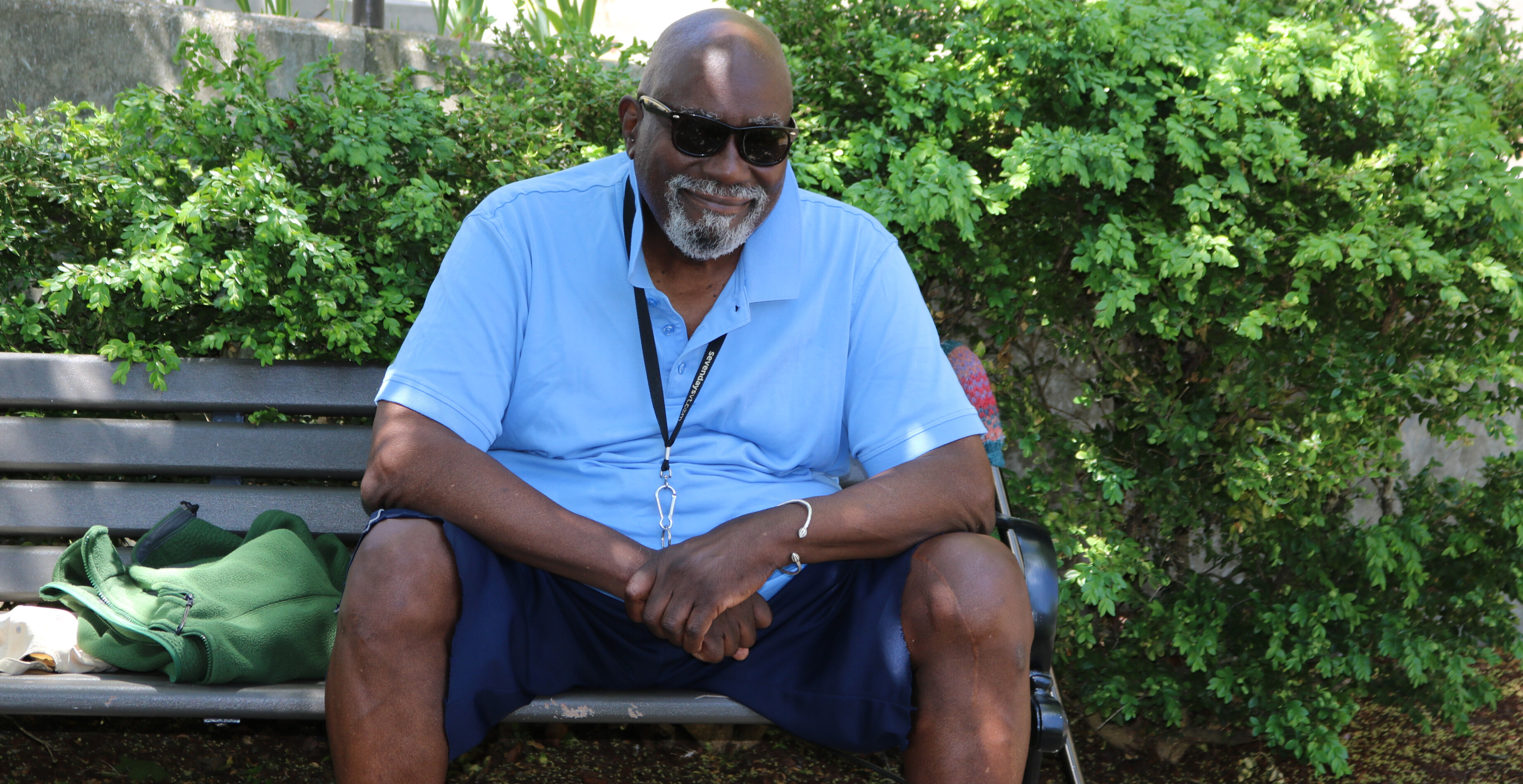 If you ever stopped by Cathedral Square Senior Living, surely you met Jesse Watkins. The jovial, gregarious man loved to sit outside Cathedral Square’s flagship building on Cherry Street, his home since 2013, and chat with anyone and everyone who came by.

A humble man, he likely wouldn’t have told you that he was a piano prodigy who played at Carnegie Hall at age 15. Or that he was a fifth don black belt Judo master who excelled at tennis and would have been among the nation’s first Black air-traffic controllers had it not been for racism. Many of his friends learned these things only by reading his obituary.

Jesse was a great listener. “I like to sit out front and talk to people,” he once explained. “I’ll sit for hours and watch people go in and out. Some people come out and wait for someone to talk with them. You’d be surprised how many people talk with you when you say ‘hi.’?”

He also said at the time that what he liked about living at Cathedral Square — or “3 Cathedral” as he called it, referring to the building’s street address — was that there were so many people with their own personalities and ideas, which made it an interesting place.

Many of those residents would say it was Jesse himself who made it an interesting place.

Jesse personified community in everything he did. At “3 Cathedral,” he participated in virtually every event, attended nearly every lecture, joined in community meals and celebrations. He regularly ventured down Church Street and got to know everyone, from business owners to buskers and hangers-on.

He formed a special bond with Hans van Wees, manager of the boutique hotel across the street, Hotel Vermont. “We hit it off the first time we met,” Hans recalled. “His sense of optimism, his compassion for others, the pride he had in his family — he was such a proud dad, someone who was very reflective of his life.”

Eventually Hans learned that Jesse lived across the street, and thus began a close relationship between Hotel Vermont and the entire Cathedral Square Senior Living community. Hans would stop by with ice cream and treat everyone, attend art shows and other resident gatherings, join in community meals at the “Top of the Square,” the community room looking across at Hotel Vermont and Lake Champlain.

“Jesse was a true neighbor. He made all of us at Hotel Vermont feel welcome and part of the community — and that’s unusual, for a business to be welcomed as a neighbor that way. He did that for his fellow residents, too.” He added, "I really miss him. He’d always be here for Jazz Wednesdays, and I’d always look out from my office window during the day and see him holding court from that bench.”

Jesse had his share of health issues but didn’t dwell on them. It came as a shock to all when he died unexpectedly in August, almost a month to the day after his 86th birthday.

On a warm fall day, a group of Jesse’s friends at Cathedral Square Senior Living gathered to install an engraved plate on the bench “where Jesse loved to sit and bear witness to the goodness of each day,” as one resident put it. “The hope is that recognizing this spot as Jesse’s Bench will remind us of the joy he brought to our community, also remind us to respect and welcome each other in the same friendly spirit that Jesse did.”

The plaque on the bench, situated outside the entrance to Cathedral Square Senior Living, reads "In memory of our dear friend, Jesse R. Watkins, who embodied the hospitality and kindness that is so treasured in our Cathedral Square community. August 2020."

Jesse was born in 1934 in New York City. A child piano prodigy, Jesse studied under Eva Marshall through a Ford Foundation Scholarship and played a concert at Carnegie Hall at 15. Jesse won a scholarship to Juilliard at 16 but was pulled away from music by the practical concerns of the world, and studied electrical engineering at New York Institute of Technology. Jesse was the first Black electrical technician for both AT&T and Xerox in New York and later worked for the Environmental Protection Agency in New York City in the same domain. Jesse faced tremendous obstacles in his professional life due to systemic racism but prevailed through sheer force of spirit and will.

Jesse studied mechanical engineering at UVM and swiftly fell in love with Vermont, “God’s Country,” the state he called home for decades. Jesse worked at General Dynamics, for the Department of Defense and Homeland Security, Bombardier, and the Vermont Immigration & Naturalization Service Center. Ever the entrepreneur, Jesse ran two companies under JRW Enterprises specializing in air and hydronic systems and the painting and cleaning of steel structures.

Jesse was accepted to West Point but declined. He served in the armed forces soon after they were desegregated. He was drafted into the Korean War and rose to the rank of sergeant. Jesse asked to be transferred to the front but worked in air traffic control instead. He later served in the Naval Reserves and was a member of the Vermont Air National Guard for decades, receiving an honorable discharge. He would have been one of the nation’s first Black air traffic controllers, assured a job by a perfect score on his exam, if race hadn’t been a factor.

Jesse loved serving his community and was active in the Special Olympics, the Boys & Girls Club, and AmeriCorps, from which he received a certificate of national service. Jesse also was Vermont’s first Black Police Commissioner for the City of Burlington.

Jesse had a smile like the sun and was filled with incredible energy, strength and unflagging optimism. He was a fifth don black belt Judo master, excellent tennis player, an avid fan of Shakespeare and a true Beethoven groupie.

He leaves behind three children as well as cherished nieces and nephews, extended family and many beloved friends from all walks of life.
Everyone was welcome in Jesse’s heart, and all who knew him can hear his voice in the phrase, “Strong as a lion, and twice as fierce!”